Which Biome Is Found Near The Polar Ice Caps? 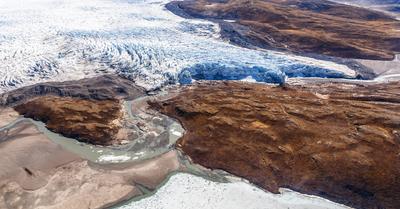 The polar ice caps might seem like they're inhospitable to life, but a fair few species live in this region. Since a biome is any area on earth that has a certain temperature, vegetation, etc., one might wonder what biome lies near these frigid regions.

The tundra biome is found near the polar ice caps. It is characterized by its extreme temperatures that go as low as below 32 degrees Fahrenheit. However, even in these conditions, animals such as snow owls and polar bears have managed to thrive. You'll even find 400 different kinds of plants here.

Biomes are those areas on our planet that are known to have particular weather, animals, and plant life, depending on the season. With the threat of the global temperature rising at an alarming rate, more and more people must enhance their knowledge of these biomes for the sustainability of the global environment.

We've studied the various biomes on earth, including the tundra biome, for decades now. As such, we are in the ideal position to provide you with all of the information you need on the tundra, its climate, animal life, and vegetation.

The tundra biome is a chilly, frozen region for most of the year. This biome has a brief growing season, followed by severe circumstances that require particular adaptations for plants and animals to thrive. Tundra basically has two different kinds of climates: dry and cold.

Arctic tundra is found on landmasses that are on a high latitude above the Arctic Circle — for example, in Iceland, Scandinavia, Alaska, and so on — or in the extreme south, such as Antarctica. Alpine tundra is found at extremely high elevations, generally on top of mountains or high elevations, where temperatures tend to drop below freezing, especially at night.

Tundra regions often get less than 10 inches of precipitation annually, effectively making these places deserts. For most of the year (around 6 to 10 months), they suffer lengthy, harsh winters with heavy winds and average temperatures below freezing. In the tundra, only ten weeks annually offer high temperatures and long days that are conducive to plant development. The soil in the Arctic is mostly permafrost (soil that remains frozen all year), with just a thin layer of thawed earth allowing plant roots to grow through during the summer. The tundra soil is also home to fewer of the nutrients that plants need to grow properly.

Winters in the tundra are long, dark, and cold, with average temperatures below 0°C for the majority of the year. Because of the extreme cold, there is a layer of permanently frozen earth under the surface known as permafrost. Permafrost is a distinguishing feature of the tundra ecosystem. The top layer of soil thaws just a few inches below in the tundra summers, giving a growth surface for plant roots.

The tundra receives 150 to 250 mm of precipitation each year, including melting snow. That's less than the majority of the world's deserts! Despite this, the tundra is frequently moist due to the sluggish evaporation of water due to the low temperatures.

Animals have developed a variety of adaptations to help them live in this hostile environment. In the tundra, animals require shelter and insulation. The feathers and hair of the animals here are thicker and warmer. Many of them have bigger bodies with shorter limbs, legs, and tails, which aids in heat retention and prevents heat loss.

To keep themselves warm, many arctic birds have two coats of feathers. Many Tundra animals have fur-lined feet to help keep them warm. Bears, marmots, and arctic squirrels are among the tundra's species that will hibernate for the winter, while others will burrow (lemmings, ermine).

Tundra predators, including snowy owls, polar bears, arctic foxes, and arctic wolves, are at the top of the food chain, moving into the tundra during the summer when prey is abundant and their typical hunting grounds on sea ice decline. In the winter, many predators and prey acquire white fur or feathers to help them blend in with the ice and snow.

Animals on the tundra are likewise evolved to harsh environments, and they take advantage of the short growing season's transient boom of plant and insect life. Small animals like Norway lemmings, arctic ground squirrels, and arctic hares live on the tundra, as do big mammals like caribou.

These animals accumulate fat in order to survive and insulate themselves throughout the winter. They also have thick fur coats to keep them warm. During the long winter months, some animals conserve energy by hibernating. During the winter, some relocate to warmer climates. Many birds move into the tundra during the growing season to feed, mate, and nest.

Only two months of the year are considered growing seasons on the tundra. Despite the near-constantly cold temperatures, the tundra biome supports a surprising diversity of plant life. Trees, however, are not found on the tundra. After all, the word "tundra" originates from the Finnish word "tunturia," which means "treeless country." The winds are strong here; thus, most of the plants that grow on the tundra's surface cluster together to create a natural windbreak.

There are approximately 400 different kinds of plants on the tundra that bloom, but only a few get year-round growth. The nature of the tundra's soil is one of the challenges with plants flourishing there. The soil beneath the ice is substantial, yet it seldom thaws more than a few inches. Only plants with the shallowest roots will be able to take hold.

Tundra plants have evolved in a number of ways. They stay tiny, grow close together, and are low to the ground. Many of the plants in the biome have a waxy, hairy covering on them that protects them from the cold and wind. This covering also aids in the retention of heat and moisture, as well as the protection of plant seeds, allowing for reproduction.

Small leaves are common among the plants found here, which aid in moisture retention. In the tundra, only the top layer of soil thaws out; underneath that is permafrost; therefore, the plants' root systems are quite shallow. Lichens and mosses may grow on bare rock if given enough moisture.

Plant life is important for the survival of the various living forms that reside in this biome since it is present but not necessarily long-lasting. Many other species will feed on the plants as they die and degrade, allowing them to survive the long winter months.

Because the tundra areas of the earth are inaccessible and extremely harsh, few humans choose to live there. Humans also have a lengthy history on the tundra despite its low temperatures. For instance, the first humans who migrated from Asia to North America about twenty thousand years ago passed across huge arctic landscapes.

Human activity in arctic ecosystems has risen since then, mostly due to the acquisition of materials and food. Ski resorts, mining, and highways have all altered this once unique terrain. Hunting and oil companies have degraded this unique environment and put tundra ecosystems at risk of extinction.

Also, the melting of sea ice is a visible current change in the region. According to certain climate models, summer sea ice in the Arctic Ocean is expected to disappear sometime in the first half of the twenty-first century. Because ocean waters can reflect the sunlight and help to cool the overall atmosphere, the lack of summer ice will accelerate the already-rapidly deteriorating conditions.