Where Is The Desert Biome Located? 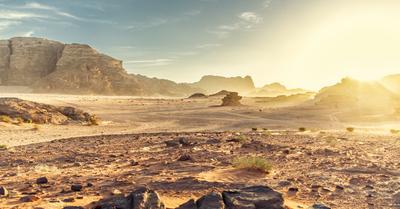 ‍When we think of the desert, we imagine the driest and hottest place in Africa, but deserts are found worldwide. So, where is the desert biome located?

The desert biome is one of the most important ecosystems on the planet. This is mainly because there are 15 mineral deposit types available on this planet, 13 of which are found in the desert biome. But where is this biome located?

Desert biomes are located in multiple regions worldwide, including Southern Asia, America, Australia, and Africa. The most famous desert in the world is the Sahara desert which covers large parts of Tunisia, Sudan, Morocco, Chad, Mauritania, Algeria, Niger, Libya, and Egypt.

While it is true that there are fewer plants and animals that have adapted to the extreme heat of the desert, it still remains a vital biome for many reasons. Here, we will find out just what those reasons are, along with other important information on the desert biome.

As experts, we are in the ideal position to provide you with all of the information you need on the desert biome, the animals that live there, and the overall impact it has on the world.

A desert biome is a group of habitats that occur in arid (dry) settings as a result of little or no rainfall (less than 50 cm per year). Desert biomes are divided into four categories, each with its own distinct characteristics but significant similarities in terms of life and nonliving components. Semi-arid deserts, hot and dry deserts, semi-arid deserts, coastal deserts, and cold deserts are among them.

Deserts are one of the most common yet understudied biomes. They cover nearly a third of the earth's surface and may be found in 60 countries. The subtropical Sahara, the world's biggest hot desert biome, covers 3.5 million square miles, and the polar desert of Antarctica is the world's biggest desert.

Many people believe that deserts are lifeless; however, they really host over 4,000 distinct plant and animal species. Desert biomes get relatively little annual precipitation, making conditions very unfriendly for animal life and plants.

The climate in the desert biome is extremely dry. Deserts arise when the moisture in the air is removed before it reaches certain sites. Because air cools and precipitates when it settles over a mountain range, deserts frequently occur near them.

Deserts that are semi-arid are slightly cooler than scorching and dry deserts. In semi-arid deserts, long, dry summers are followed by rainy winters. Asia, North America all have semi-arid deserts. Coastal deserts have a higher humidity level than other desert kinds. Even though strong fog sweeps in from the shore, rainfall is still uncommon. A coastal desert is the Atacama Desert in Chile, located in South America. These deserts have temperatures that are exceptionally low in comparison to other types. One good example of a frigid desert is the Antarctic.

Despite the extreme environmental circumstances, numerous creatures exist in the desert habitat. These animals have evolved special adaptations that allow them to stay cool while using less water. Because of the fat stored in its hump, a well-known desert animal like the Camel may last days without food and drink. It also features thick fur and underwool to keep it warm throughout the coldest months of the year. It can seal its nostrils to block sand from blowing in.

Camels have two rows of eyelashes to protect their eyes from the sun and wind, as well as large hooves to keep them from sinking in the sand. Foxes are able to live here because of their burrowing and nocturnal habits. This digging allows them to avoid the scorching heat of the day. They also have huge ears, which help to dissipate extra body heat on hot days. Their thick, sandy fur protects them from the desert's frigid evenings. The thick, sandy fur also serves as a heat reflector and concealment.

Because most large mammals are unable to save enough water and tolerate the heat, deserts have a small population of large mammals. Large animals frequently have little protection from the sun in deserts. Non-mammalian vertebrates, as in reptiles, are the main creatures in warm deserts. Small mammals, such as kangaroo mice found in North American deserts, are all common in deserts.

Desert plants have evolved special adaptations to survive in these severe environmental circumstances. Water storage in stems and leaves, waxy coats on leaves, and leaf shedding are all common responses to reduce water loss. Certain plants have developed lengthy tap roots to reach water tables, while others will go dormant until the rains return.

Because the humble cactus is the most memorable aspect of a desert, it is the plant that springs to mind first. Desert biomes get very little rainfall and have high daily temperature swings, making life challenging for plants. Despite these obstacles, a diverse diversity of plants thrive in this habitat. Cacti, tiny shrubs, succulents, and grasses are among the most frequent plants that flourish in desert biomes.

Another plant that thrives in arid environments is the Joshua tree. It is made up of little leaves that grow vertically, acting as a funnel when it rains. Rainwater is directed to the tree's base by funnel-like leaves, where it is absorbed by shallow roots. In general, this adaptation ensures that the tree receives plenty of water when it rains. The Mojave Aster, Prickly Pear Cactus, Desert Ironwood, and the Brittle Bush are just some of the examples of popular desert flora.

The cactus plant, for example, has adapted admirably to the extreme climatic conditions of desert biomes, growing up to 20 feet tall and living for more than 200 years. Because of its shallow roots, which makes it easier to soak water from the rain before it evaporates, the Giant Saguaro cactus has thrived in this harsh habitat. It also has a spongy inside that can expand and store a large amount of water. The cactus has also evolved to grow slowly in order to conserve energy.

While many people think that all deserts are the same, deserts can actually be broken down into several subtypes. For instance, in cold deserts, winters are cold, with snowfall, and high total rainfall, both in the winter and infrequently in the summer. They may be found in the Antarctic, Greenland, and the Arctic. Summers are short, humid, and somewhat warm, with winters that are quite lengthy and chilly. The average winter temperature is -2 to 4 degrees Celsius, while the average summer temperature is 21 to 26 degrees Celsius.

As the name implies, coastal deserts are near the coast. As a result, the soil is fine-textured and contains a modest amount of salt. It's quite permeable and drains well. Some plants have vast root systems near the surface, allowing them to benefit from any rain showers. Plants with thick, fleshy leaves or stems may absorb enormous amounts of water while it is available and store it for later use. Surfaces are corrugated with longitudinal ridges and grooves in some plants. The stem expands when water is available, making the grooves shallow and the ridges widely apart. The stem shrinks as the water is utilized, resulting in deep grooves and tight ridges.

In semi-arid deserts, the summers are relatively lengthy and dry, while the winters, like those of hot deserts, are typically dry. Summer temperatures typically range from 21 to 27 degrees Celsius. The temperature seldom rises beyond 38° C, while the evenings are cold, hovering about 10° C. Plants and animals benefit from cool nights because they reduce moisture loss through transpiration, sweating, and breathing. Furthermore, dew condensation induced by night cooling may equal or surpass the amount of rain that certain deserts get. Rainfall is frequently minimal and/or concentrated, as it is in the scorching desert. The average yearly rainfall is between 250-500 mm.