What Is Land Degradation? 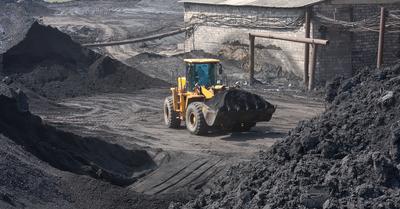 Land degradation is one of the most pressing environmental issues today, threatening food security and worsening with climate change.

Land degradation occurs both from human activity and natural causes, and lowers the productivity and health of land. Soil erosion and desertification are main symptoms of land degradation, accelerated by extreme weather and activities like deforestation.

Usable land is one of the most important assets we have on earth - we use it to grow almost all of our food, making its degradation a food security issue that is worsening with the impacts of human activities and climate change. In this article, we’ll look at what land degradation means as well as its main causes.

Land degradation is defined as a decline in the health of land such that it is not as productive for purposes like farming or timber, and has a reduced ability to support wildlife. Some of the main ways we see land degradation are through erosion of soil or desertification.

Soil erosion occurs when the top layer of soil (called topsoil) is moved by things like water, wind, or gravity, while desertification occurs in drylands and results in low land productivity and an even drier, more arid land state.

Land degradation is usually defined by how it impacts the productivity of the land, or how it can support life. Arid, dry land is less able to support the growth of plants and sustain animal or human life, as compared to healthy land with abundant topsoil. Productivity of land is usually looked at in terms of ‘actual’ or ‘potential’ productivity. In agriculture, potential productivity refers to the potential for the land to produce agricultural outputs, and actual productivity is how much is produced.

Agriculture isn’t the only thing jeopardized by land degradation, though. Most land degradation actually takes place outside of areas that are protected - in forests, grasslands and other natural ecosystems.

Degradation presents immediate issues to us when it impacts our ability to grow crops, but degradation in natural ecosystems also impacts us by jeopardizing processes like the water cycle. As water erodes soil, water quality can worsen and put wildlife at risk. Since we depend on this wildlife to help maintain our stores of freshwater, its prevention is essential.

One of the factors that accelerates land degradation is deforestation. Deforestation refers to anytime forests are converted into things like agricultural land, roads, or other developments.

Deforestation impacts degradation because trees and plant life prevent soil erosion by gripping the soil with their roots, keeping it in place and protecting it from weather-caused erosion.

Although deforestation allows us to use land for agricultural purposes, farmland is not a natural function of these areas and changing them in this way leaves them vulnerable to degradation. This not only can impact the productivity of the land long-term, but also greatly impacts the abundant life that is part of a forest ecosystem. Natural processes that usually would be in place to prevent land degradation are not able to occur, which worsens the issue.

Extreme weather conditions are one of the biggest causes of land degradation, so climate change-caused impacts on weather accelerate this.

Some experts have pointed to desertification as one of the biggest challenges of our time, having implications far outside of actual deserts and reducing the productivity of land at alarming rates. Climate change increases desertification by impacting rainfall and increasing droughts, decreasing land productivity and contributing to land degradation.

The warming aspect of climate change, ‘global warming’, also itself causes desertification by increasing temperatures and contributing to heat stress on vegetation. Greenhouse gases released into the atmosphere from the burning of fossil fuels increase temperatures at the surface. As plants die from this excess heat, the process of soil erosion, desertification, and ultimately land degradation accelerates.

While proper agricultural land management can actually prevent degradation, improper management is one of the most important causes of this unfortunate process.

Rotating crops inappropriately, allowing the overgrazing of land, frequent tilling, and poorly organizing farmland can all lead to land degradation. These actions prevent optimal soil structure and health by reducing vegetation and not giviing soil the proper nutrients.

How Is Land Degradation Prevented?

As I mentioned above, proper management of agricultural land can prevent degradation and ensure it can be used to grow crops into the future.

Rotating crops is one important way of maintaining agricultural soil health, as it helps to maintain soil structure. Rotating crops as well as using cover crops ensure soil is protected from weather and prevents soil erosion.

No-till farming is another important way of preventing and even sometimes remediating land degradation. No-till farming involves strategically using methods like cover crops in order to avoid having to till fields. Tilling is the process of turning the top layer of soil in order to prepare it to be seeded, but it often results in soil that is more vulnerable to erosion.

Reforestation involves planting trees in areas that previously had forests but were converted to other uses like agriculture. This is opposed to ‘afforestation’, which involves the planting of trees in areas that historically weren’t forested. Both methods can be used to prevent erosion and degradation depending on the location.

While carbon dioxide in the air might not seem like it has a direct correlation with degradation of land, the impacts of climate change must be prevented in order to reduce severe weather that contributes to soil erosion and desertification.

Even with taking measures like reforestation and regenerative agriculture, extreme weather including droughts and floods make it difficult for these actions to effectively mitigate land degradation. Addressing the issue from the perspective of preventing anthropogenic climate change is an essential foundation to addressing degradation and other impacts.