What Is Conservation Land Use? 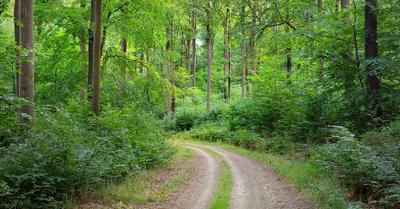 As we continue to thrive and grow as a society, you’ve probably noticed the constant theme of natural spaces being replaced by development and infrastructure.

The practice of conservation land use allocates at least 50% of the natural land in a developed area to be protected and preserved in its natural state. In doing so, communities prevent habitat loss & soil infertility, preserve the aesthetic of their land’s natural beauty and mitigate pollution.

We commonly see this practice implemented in rural areas with the intention of keeping the authentic state of the community intact and undisturbed by excessive urbanization. However, the concept is starting to become more common in urban communities that want to retain a sense of natural preservation and contribute towards sustainable living.

With the USDA strongly encouraging sustainable practices, as well as local and federal governments offering tax incentives to development projects that adhere to conservation land use standards, there are many reasons that municipalities and landowners choose to adopt this sort of practice in their community.

The primary incentive that leads many communities to opt for conservation land use is to protect the livelihoods of countless plant and animal species in their area.

Traditional development projects that we’ve seen pop up throughout history often pay little to no attention to their surrounding environment, which has led to mass habitat loss and the extinction of countless species.

The mainstream appeal of sustainable living matched with the desire that rural communities have towards retaining their traditional aesthetic has made conservation land use an extremely popular and environmentally friendly solution towards invasive development.

The habitat protection ensured by conservation land use provides refuge for migratory species that may not necessarily be the permanent residence of that local ecosystem. By sabotaging a local environment, not only are permanent species put at risk but also any temporary ones that are simply passing through the area.

In addition, we’ve also seen through unsustainable urbanization the extremely negative effects that come with local species being replaced by invasive pests. When habitat destruction occurs and urban development expands, it provides an opportunity for pests that thrive in such environments - like rats - to replace the indigenous species.

What we often tend to see with lands that are not officially protected by state and federal governments such as National Parks, State Parks, and Wilderness Reserves is that development organizations and real-estate tycoons have a habit of finding a loophole in local legislation or tend to disregard the wishes of local communities when establishing projects.

It’s due to a lack of environmental preservation laws that don’t secure local lands that such occurrences have become a common theme in urbanized areas.

Conservation land use directly combats such communal violations from occurring by blocking any sort of development on the designated land right off the bat.

This approach puts the power of local communities back in their own hands and allows them to determine how their land should be used in accordance with their local environment.

For many people living in an urban setting, the very idea of nature is something they fantasize about while in the city or have to wait to escape to until the weekend. Why allow something as beautiful and simple as having nature in your daily life to be so unattainable?

This is a major beneficial element for communities that have adopted conservation land use to rejoice in. For many people in these communities, the very idea of wild and untamed nature is in their very backyards.

The ability to conserve land in this way is not only proving to be beneficial for protecting habitat and hindering invasive development but also offers easy access to the joy of the outdoors.

As the ongoing threat of climate change becomes more and more prevalent and awareness is brought to the risks that come with unsustainable living, people are beginning to understand that overcoming these issues is going to take swift and immediate action.

The outdated approach of traditional urban development has left much of the world scrambling for solutions to unsustainable living with the costly and sometimes unrealistic adaptation of converting concrete jungles into green living spaces.

Conservation land use strikes a perfect medium between building an invasive urbanized community and a preserved uninhabited piece of land. By setting up communities with this approach we are directly combating many of our nation’s and our planet’s environmentally destructive habits.

The trees and plants we protect through conservation land use are not just there for aesthetic reasons and our enjoyment - they provide a way for fresh air to be created by the community, which in turn benefits the people living there, as well as the global population in the fight against climate change.

Urban cities tend to have such a scarce amount of trees and plant life that the lack of vegetation mixed with the overwhelming level of carbon emission makes them major contributors to the carbon crisis.

Many conservation land communities have an improvement in the quality of their water due to a lack of obstructive development.

The land’s reservoirs, streams, rivers, and local irrigation have a much lower chance of being contaminated, which directly affects the quality of life for local species that are dependant on freshwater resources for their survival.

This practice has proven to be especially beneficial in parts of the east coast where the quality of water has been at risk of past and current contamination.

We’ve seen time and time again how vital it is to protect the fertility of our soil. A combination of poor farming practices, irresponsible development, and unsustainable urbanization have made this a serious environmental concern.

By creating hybrid living spaces that conservation land use promotes, communities can take comfort in knowing that their development nestles into their local environment with minimal harm to their soil.

When soil is preserved in such communities it helps secure the biodiversity and overall health of the land - while at the same time preserving the soil fertility for local gardens and farms.