What Is Arable Land? 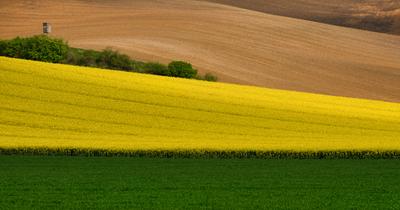 Throughout the world, we have several different classifications for land that is suitable for growing food.

Arable land is classified as land that can be plowed for the purpose of growing crops.  The arable land itself is the dirt underneath the crops that has ideal fertility, which is maintained by traditional farming practices such as crop rotation.

Arable land is an extremely vital resource for growing food around the world.  This type of land needs to be handled with care and maintained by practicing responsible farming, which doesn’t contribute to land degradation or soil infertility.  Non-arable land can sometimes be converted to arable land for the purpose of food production in areas that lack the soil fertility to grow ample crops in their regions.

The USDA encourages farmers to practice farming techniques that are in direct alignment with the standards that ensure that arable land stays fertile and healthy.  Failure to adhere to certain standards that violate or contaminate the health of the soil fertility may have serious environmental or even legal repercussions.

Western society as we know it today has not experienced or felt the difficulties of previous generations in regards to food shortages caused by a lack of soil fertility.

In the United States, we have such a large and vast country that is full of arable land worthy of large-scale food production and industrial farming. It is, however, the approach taken by the industrial farming complex throughout the 20th century and, in some cases,  to this day, which has resulted in the damaging of the fertility of our soil.

Poor farming practices directly put our most important food source at risk and create the potential for soil infertility, which is practically irreversible and will be felt for decades if not centuries.  The rehabilitation of arable lands that have been tainted takes such a long time to recover that farmers are often forced to give up their land with no hope of future agriculture.

This sort of catastrophe has occurred in certain underdeveloped nations, which either carelessly or unknowingly practiced irresponsible farming, which led to mass food shortages and in some cases even severe economic repercussions.  Economies and regions that are highly dependent on the health and fertility of their arable lands are in a particularly fragile position to risk jeopardizing their food production.

To highlight the practices that contribute to the healthy maintenance of arable lands, we are going to share the techniques farmers use to ensure their soil stays fertile and abundant with nutrients.

A major downfall during 20th-century farming was when large-scale industrial farms began focusing on just a single crop for their entire farm.  This sort of farming practice exhausts the nutrients within the land and amounts to soil infertility at a rampant pace.

This occurs to specific crops needing specific nutrients within the soil, which quickly get drained due to the repetitive cycle of a single type of food being grown in the area.  Once this occurs, certain pests will tend to be much more active in this crop cycle due to pests also enjoying a specific type of food in their diet.

To combat the overwhelming amount of pests, the farmer is then forced to use stronger pesticides on his crops, which further contributes to the degradation of the arable land due to pollutants entering the soil.

This vicious cycle is easily fixed when farmers adopt a traditional and highly effective farming practice known as crop rotation.  Through this technique, farmers have a number of different crops which they alternate between from harvest to harvest.

By using this technique, different nutrients are facilitated within the soil regularly, which in turn optimizes the nutritional value of the arable lands and mitigates or even eliminates the use of harmful pesticides.

Since arable land is highly dependant on the nutrient value of its soil, it’s vital to keep as many organic materials in the harvest cycle as possible.  A great approach for this is the use of mulch.

Mulch is essentially an organic material that is placed on top of the soil to which acts as a protective layer for the soil. This greatly boosts the nutrient holding capacity of the arable land.

During the great dust bowl during the 1930s, much of the harm done to the topsoil of arable lands was due to extreme winds.  We see a similar occurrence happen on a smaller scale with harsh winds that hit farmlands to this day, which results in nutrient soil being carried away.

The use of mulch acts as a protective barrier between the external weatherly conditions and the fragile soil that lays beneath.  In addition, mulching is a critical resource for insulating the temperature of the soil, as well as helping the arable land retain water and combat invasive weeds.

How To Protect Arable Lands

Around the world, starvation and food shortages are still a major problem for humanity.  The world has plenty of arable lands that can be utilized to help those in need and also can be used as a safety net for potential food shortages in the future.

There’s a lot we can do as a nation and a global society to ensure the ethical practice of arable lands and protect the lands we currently have from invasive development.

Let’s explore some of the ways that we can protect our arable lands.

Throughout the United States, we have millions of acres of protected land that is owned by the federal government.  While the land is currently protected, the potential for it being sold off for future development projects is always a possibility.

To ensure that arable land stays abundant in our society, we need to protect lands for conservation use that not only have environmental value for habitat and outdoor recreation, but also arable lands that are worthy of agricultural farming.

Designating more lands to be protected for the purpose of future farming, can be a significant measure that can positively contribute to sustaining soil fertility and food growing for generations.

When approached as an investment rather than an economic opportunity with a quick turnaround, saving much of our arable lands is a logical precaution worthy of implementation.

A popular and financially beneficial approach that’s being taken to protect our arable lands is to convert certain private properties into conservation lands.

A tax incentive program initiated by state and federal governments offers landowners that own property with a significant environmental value an opportunity to convert their land to be protected from development in exchange for a tax credit.  We’ve seen this happen predominantly throughout rural areas of the United States, but also in certain urbanized areas.

This tactic for environmental preservation was initially started with the aim of protecting wildlife and habitat but is now also being used as a method of protecting our arable lands.

Many homeowners that own land with fertile arable lands are benefiting from this tax incentive program and in the process are saving millions of acres of land for potential food growing.

The large-scale of our urbanized environments often comes with a price.  When unconscientious development projects are built without an environmental inspection or consideration, we end up destroying a lot of our arable lands.

There is no easy solution for protecting arable lands when it comes to invasive development but it can be approached in a way that the damage is greatly mitigated.  By setting up cities and towns that leave a significant amount of their arable lands intact, we secure a large amount of space that can be used for present and future food production.

This sort of measure can also be taken when constructing privatized homes, as many homeowners are taking it upon themselves to protect their arable land by establishing home gardens on their property.