What Is A Biome? 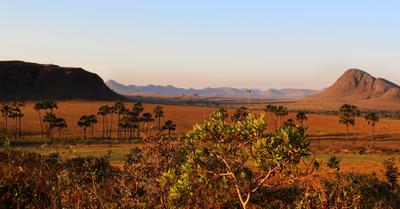 You may have come across the world biome when learning about the earth. What is a biome?

There are different types of biomes present in the world, each with its own kind of vegetation, climate, and the organisms living there. There are 11 major biomes on the planet – eight are terrestrial, and three are aquatic. Each biome may contain many ecosystems.

Through our research, we’ve collected all the information needed to identify and define each of these biomes and put them together in this article.

Terrestrial biomes are land-based and distinguished by the temperature and the amount of precipitation found on them. Comparing this information is a vital part of discerning the importance of abiotic factors in how the biomes are distributed. They are also important to predict the geographical location of the biomes and the kind of vegetation that could be found there.

Let’s look at the types of terrestrial biomes.

More commonly referred to as tropical rainforests, these are found near the equator. The vegetation in this area usually has broad leaves that fall all year round. The trees do not have a seasonal loss and are considered ‘evergreen.’

The temperature and sunlight in these areas are also stable as compared to other biomes, with a significant lack of seasonal variation in temperatures. This results in year-round plant growth rather than in specific seasons. There is plentiful rainfall in these areas, and the amount of sunlight and rainfall makes the area ideal for plant growth. This makes tropical rainforests the areas with the highest amount of biomass.

Savannas are grasslands that have scattered trees and are usually found in hot, tropical areas with a decent amount of rainfall. Savannas usually have an extensive dry season, which is why they don’t have forests. Grasses and forbs are plentiful here and have strong, well-developed root systems against fires, which are a common disturbance in the area.

Subtropical deserts usually exist around the Tropics of Cancer and Capricorn and are very dry. Some years, evaporation is higher than precipitation. Daytime temperatures can go above 60°C, while at night, this can drop to 0°C. Subtropical deserts have very little variation and predictability in rainfall every month, and the vegetation and living organisms in this area are closely related to the lack of precipitation.

Many plants here grow very quickly when rainfall occurs and then die, while other plants will have adaptations to conserve water. Animals in these areas are usually nocturnal and burrow to keep them safe from the heat.

Chaparrals are called scrub forests and are found along the Mediterranean Sea. There is mild rainfall here, with most of it occurring in winter. Summers here are dry, and the plants in the area are dormant during this time. The plants here are adapted to sporadic fires, and some plants have seeds that only germinate after hot fires. The ashes left behind after this are rich in nutrients and promote further plant growth.

There is mild rainfall in the area; thus, few trees are found except near water sources like rivers or streams. Most of the vegetation here is grasses, which help sustain grazing animals.

This is the most common biome in mid-latitude regions. The temperatures in these areas drop to below freezing every year and go up to around 30°C. This means that temperate forests have growing seasons from spring, summer, and early fall. The precipitation in these areas remains relatively constant, and thus deciduous trees that lose their leaves in the fall and grow them again in spring are the dominant plants here.

The dormant period means that the overall productivity of these forests is less than tropical wet forests. There is also less diversity in vegetation.

Boreal forests are also called coniferous forests and are found in northern latitudes. The biome has colder, dry winters with cool and wet summers. There is plentiful precipitation here, and it usually comes as snow. Because temperatures remain low, there is little evaporation.

The plants here are mostly cold-tolerant and cone-bearing. There are also a number of evergreen trees. The trees here are usually long-lived and slow-growing.

The arctic tundra is in the arctic regions of the northern hemisphere, with the average summer temperature maxing around 12°C. The plants here have a very short growing season, ranging between 10-12 weeks. At this time, there are almost 24 hours of sunlight, so plants grow very fast. The precipitation and evaporation here are very low.

Plants here are very low to the ground, and there is very little diversity. Roots don’t penetrate too deep, and organic matter takes a long time to decay, which means the soil is not very fertile.

Like terrestrial biomes are land-based, aquatic biomes are water-based. Water in different water bodies absorbs light differently, and light is a major consideration towards the ecosystems within it. The properties of water differentiate different aquatic biomes.

These are continuous bodies of saltwater with a fairly uniform chemical composition. The ocean is the largest marine biome, with a significant variety of organisms. Different parts of the ocean are categorized as different zones based on how far light reaches in. Marine biomes are divided into the ocean, and coral reefs within the ocean, which are ridges formed by invertebrates that live in the warm and shallow waters.

Estuaries are biomes where freshwater sources, like rivers, meet the ocean. Therefore, in these biomes, both saltwater and freshwater are found, and the salinity here is an important factor in what organisms and adaptations are found here. Because of tides, there are often changing conditions, with organisms having to adapt to deal with them. Most plants here are adapted to deal with salinity while animals tend to have shells and tend to close off from the environment to protect themselves.

Rivers and streams usually have to vary abiotic features, with the temperature being colder near the source and warmer elsewhere. Plants and animals in these areas will have adapted to fast-moving water, but as you go down the river, it slows down. The organisms found here are different because they are near the source and have different environmental needs.

These biomes are the ones most commonly found on the planet, taking up a significant amount of space. Though there are many other types of biomes, these are usually very small in comparison and are not found as frequently.