What Biome Is Australia? 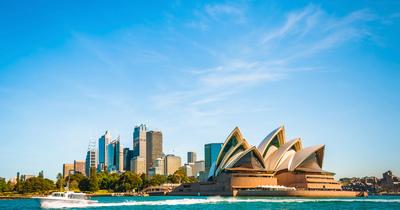 ‍Australian biomes include the tropical, savannah, the Great Barrier Reef, and the desert, but what biome is Australia?

The various biomes of Australia are critical to the local ecosystem and have wide-ranging effects on the overall environment.

There are temperate forests, Mediterranean woodlands, grasslands, deserts, and forests in Australia. But the dominating biome in Australia is undoubtedly the desert, which makes up 70% of the country's landmass.

We have studied the various biomes on Earth for many years now. As such, we can provide you with all the information you need regarding the biome that's dominant in Australia.

Desert biomes are a fascinating sight to see. They cover around 20% of the planet's surface, where annual rainfall is less than 20 inches. In this biome, there are four types of deserts. The fact that these ecosystems get little precipitation throughout the year distinguishes them. Only plants and animals that can adapt to the desert's environment and temperature will be able to survive. Deserts that get rain as their primary type of precipitation are known as hot deserts, whereas deserts that receive snow as their primary source of precipitation are known as cold deserts.

Desert habitats are so arid that they sustain only relatively scant vegetation; trees are rarely present, and shrubs or herbaceous plants offer only a partial ground cover under typical climatic circumstances. Some deserts are nearly devoid of flora due to extreme aridity; nevertheless, this barrenness is thought to be due in part to the impacts of human disturbance, such as intensive livestock grazing, on an already stressed ecosystem.

The low moisture content of the arid air accounts for the considerable temperature differential. Moisture in the air, in most cases, assists in retaining heat and controlling temperature. There is nothing to hold the heat released by the sun during the day since there is very little moisture in the air. As a result, the heat escapes, and the temperature lowers as the sun sets.

Because the desert bottom is covered with coarse, light dirt, high-speed winds that occur during a rainstorm in the desert may readily remove it. A dust storm arises as a result of this. Haboobs are dust storms that occur in the desert. Dust particles in a dust storm are blown hundreds to thousands of miles distant by updrafts in the wind. Whenever thunderstorm precipitation occurs, dust storms usually settle.

Few people know this, but one-third of the Earth's surface is so arid and severe that only a few flora and animals can survive. Although this figure may seem unbelievable, one-third of the territory on Earth is covered by the desert biome, which is characterized by severe aridity. There are also various types of deserts;

Cold deserts are also very different from the other sorts of deserts we've looked at so far. They may be found in the Antarctic, Greenland, and the Arctic. Summer temperatures vary from 21 to 26 degrees Celsius, while winter temperatures range from -2 to 4 degrees Celsius. Snowfall is common in the cold deserts throughout the winter, as well as high total rainfall of 5 to 10 inches per year.

Coastal deserts are one of the most unusual kinds of deserts you'll come across if you look hard enough. Deserts like this may be found in cool to warm climates like the Neotropical and Nearctic zones. They aren't extremely numerous; the Atacama Desert in South America is the most well-known.

Semi-arid deserts are what we think of when we think of the United States' northwest. Others can be found in Northern Asia, Northern Europe, and North America, among other places. The sagebrush deserts of Utah, Montana, and the Great Basin are the most common forms of semi-arid desert.

Deserts are located based on two factors: global wind patterns and latitude. The majority of deserts, both sides of the equator, are found between 15' and 35' latitude.  Many deserts are located within the Northeastern and Southeastern trade winds. Due to the direction of the wind, the land receives dry air that travels in certain places since moisture is eliminated before the air reaches the region.

Desert animals have evolved strategies for staying cool and conserving water. Camels can endure weeks without drinking, and their noses and eyelashes may act as a sand barrier. Many desert animals, such as the fennec fox, are nocturnal, only emerging to hunt when the scorching sun has set. Some creatures, such as the southwestern United States' desert tortoise, spend much of their lives underground.

The majority of desert birds are migratory, flying across the sky in quest of food. The Namibian desert beetle, for example, can collect fog from the air and use it as a source of water. Desert animals are especially sensitive to changes in their habitat due to their unique adaptations.

Desert plants and animals have a variety of adaptations that allow them to withstand extended periods of drought and make the most of brief, occasional rainy seasons. Perennial plants often withstand dry spells by becoming dormant physically. They may survive but become dehydrated until the water becomes accessible, at which point they quickly absorb moisture through aboveground portions, expanding and restarting physiological function.

Some plants can absorb dew, which is the primary source of water for many. Mosses and lichens, as well as some blooming plants known as resurrection plants, use this approach.

Some of the world's semi-arid areas are rapidly converting into deserts. Desertification is caused by deforestation and the needs of human populations that dwell in semi-arid regions, not by drought. Ranching practices such as beating the Earth with animal hooves may damage the soil and cause wind and water erosion.

Growing urbanization in northern China produced a desertification problem by leaving most of the land unprotected against wind erosion and the building of silt from the surrounding desert, causing the government to construct a "great green wall" as a barrier against advancing desert.

Climate change has put certain species in existing deserts in jeopardy. Higher temperatures may cause more wildfires, which modify desert landscapes by removing slow-growing trees and shrubs and replacing them with fast-growing grasses as a result of global warming.