What Biome Do We Live In? 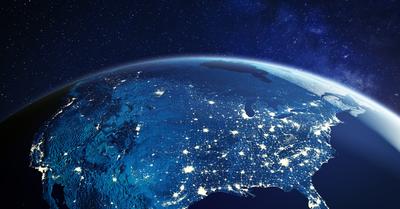 ‍Biomes are ecological communities defined by their flora and fauna. When people first find out about biomes, they often ask, “What biome do we live in?”

There are five major biomes in which humans live, namely grassland, forest, desert, tundra, and aquatic. These biomes are divided into several more biomes, such as savanna, tropical rainforest, temperate rainforest, taiga, and freshwater. As such, there are between 5 and 20 biomes in the world.

Biomes are differentiated from one another based on their geography, temperature, and rainfall. Every biome consists of sub-biomes as well, which develop due to changes in the seasonal pattern of rainfall, substrate, and elevation. The plants and wildlife that live in each biome are as different as their ecology. Any organism living in a biome cannot live alone but is interdependent on other organisms in its environment. Therefore, the survival of biomes and its species depend on their ecological relationship.

In this guide, we have compared data from high-authority sources like National Geographic, World Wildlife Federation, Nature.com, Arizona State University, and more, to provide you with the most accurate information on the nature of biomes. We will focus on terrestrial biomes rather than aquatic biomes in this article. So without further ado, let’s get started.

Tropical rainforests are found in regions near the equator, including parts of Asia, Africa, South America, Central America, and the Pacific Islands. The biggest tropical forest in the world is in Brazil: the Amazon.

The climate in this biome is warm and humid and it does not vary much throughout the year. The dominant plants in tropical forests consist of trees, lianas (long-stemmed vines), and epiphytes (plants that grow on other plants). These forests have the highest biodiversity and are the most productive biome in the world because of the high rate of decomposition attributed to the hot and moist conditions.

Tropical forests are home to almost half of the world’s land-living species, including up to 250,000 species of vascular plants. The tropical forest biome is further divided into evergreen rainforests, tropical cloud forests, seasonal deciduous forests, and mangrove forests.

Mountains are present on all the major continents of the world. A major portion of the mountain biome comprises two massive chains: the Circum-Pacific chain, also known as the Ring of Fire, runs from the Pacific coast of South America and North America, across Japan and the Philippines, through New Zealand and Australia, while the Tethyan range lies between the stable regions of Africa, India, and Arabia on the south and Asia and Europe on the north. These mountain systems consist of the Alps and the Himalayas.

People living in a mountain biome experience cool and breezy climate. The temperature and wind is determined by how high the mountain is. In addition, higher mountains have less oxygen which can make it difficult for people and other living organisms to live there. Yak, sheep, and mountain goats are excellent climbers and can move easily in this rocky landscape.

Located on the north and south of the tropical forest are the savannas, mixed woodland and grassland biomes that experienced lower yearly rainfall and longer spells of the dry season. Savannahs are spread across 60% of the African region and are the transition between tropical forests and deserts. Trees found in the savanna are drought deciduous and shed their leaves in times of drought.

Savanna biomes are associated with differing patterns of rainfall, water table levels, and soil depth, and can be distinguished by comparing their abundance of grass and trees. Dry season fires have been a norm in African savannas for the past 50,000 years and can help release the nutrients in the soil.

The biome has rapid decomposition and production and is home to a rich diversity of herbivores as well as scavengers and predators.

The desert biome covers about 265 to 35% of the earth’s surface. This ecosystem is characterized by low rainfall, typically below 250mm per year. However, there are a lot of variations in this biome as well, resulting in hot deserts, high elevation deserts, cold deserts, and rain shadow deserts. Because of this, there is a variety of flora and fauna found in different types of deserts.

The dominant plant in the desert biome consists of perennial shrubs that have an extensive root system and white and grey leaves. In warm deserts, however, therophytes — drought-resistant annual plants — make up a large proportion of flora.

Primary productivity in deserts is quite low, with the exception of blooms of therophytes. Like with savannas, the productivity of the desert depends on soil depth, precipitation, and drainage patterns.

Many of the world’s largest terrestrial animals are native to grasslands. These include gray kangaroos, bison, and horses.

Temperate deciduous forests are found in regions that lie in the mid-latitudes. These areas are characterized by warm summers, cool winters, and year-round rainfall, with a high rate of decomposition. As such, they have four distinct seasons. This ecosystem is named after the trees that shed their leaves during winter.

Temperate deciduous forests are home to up to 30-meter tall emergent trees that form a canopy, an understory of up to 10-meter trees and shrubs, a low shrub layer and a herbaceous ground layer.

The area has high biodiversity and more complex temperate forests are associated with a larger variety of animal species, including birds.

The Chaparral biome is characterized by shrub forests and is found along the Mediterranean. This region comprises the Pacific coast of North America and South America, South Australia, and South Africa.

The community experiences hot and dry summers, cool and moist winters, nutrient-poor soil, and frequent forest fires due to limited winter rains followed by a period of drought. The ecosystem consists of moderate temperature which is influenced by the cool breeze from the oceans and is dominated by broad-leaved, fire-resistant resinous plants. This biome is home to hardy animals, including coyotes, jackrabbits, mule deer, acorn woodpeckers, horned toads, alligator lizards, and praying mantis.

Taiga is the largest land-based biome in the world. This ecosystem is characterized by coniferous evergreen trees that have needles like spruces and fir trees. The taiga regions are located in the north across Canada, North Asia, and parts of Europe. The biome has very cold winters and cool but sunny summers with high annual precipitation, mostly in the form of snow.

Many animals that habitat taiga either hibernate or migrate during the cold seasons. Animals that do not hibernate or leave for warmer climes grow denser fur of feathers, which turns white to camouflage with the snow. These include rabbits, grouse, and weasels.

The tundra region is characterized by extremely inhospitable conditions with temperatures below zero degrees Celsius through much of the year. This region has low amounts of rainfall, typically no more than 25 cm per year, short summers, and nutrient-poor soil.

The tundra has low biodiversity and much of it is dominated by lichens, mosses, and low-lying shrubs. The tundra only accounts for 3% of the world’s flora. This is because of the permafrost, a frozen layer of soil beneath the surface that prevents growth.

There are two types of tundra biome: the alpine and the arctic. The alpine tundra is found on mountains where the altitude is too high for the survival of trees and the arctic tundra is found north of the taiga. Any animals that live in the region are specially adapted to survive in these harsh conditions. Yet, humans have been part of the tundra biome for years, including the indigenous people of Alaska.

How Many Biomes Are in North America?

North America is home to almost all types of biomes, including tropical forests and rainforests, grassland or prairies, taiga, deciduous forest, desert, and alpine and arctic tundra. This makes it one of the most biodiverse regions in the world, with a huge variety of wildlife and differing levels of productivity.