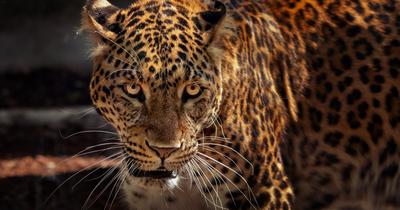 ‍Jaguars are the top predators of their ecosystem and play a major role in keeping things in balance, but exactly what biome do Jaguars live in?

As the apex predator in their environment, jaguars play a critical role in keeping the population of other species in the same habitat under control, which is why preserving them is so necessary for their respective biome.

Jaguars thrive in the rainforest biome, specifically the Amazon basin, and in other similar environments. A rainforest is characterized by towering, generally evergreen trees and heavy rainfall. Brazil is home to almost half of the 170,000 jaguars in the wild.

Because of their importance when it comes to keeping the balance in the food chain, they are essential for their environment. This is reason enough for us to learn more about these creatures and their habitat. Here, we will get a closer look at jaguars and the biome they thrive in.

We've extensively studied the rainforest biome – home to the jaguar – and we're in as good a position as any to educate you on the same.

While the range in which jaguars can survive is quite large, they particularly thrive in the tropical rainforest biome. To specify, a rainforest is characterized by towering, generally evergreen trees and heavy rainfall.

Rainforests are the world's oldest living ecosystems. Despite covering just 6% of the Earth's surface, they are immensely varied and complex, including more than half of the world's plant and animal species. This results in rainforests being incredibly dense in flora and fauna; a 4-square-mile area can include up to 1,500 blooming plants, 750 tree species, 400 bird species, and 150 butterfly species.

Rainforests may be found on every continent except for the poles. Rainforest ecosystems may be found in Southeast Asia. Rainforests include the cold evergreen forests of Northern Europe and North America's Pacific Northwest. Temperate and tropical rainforests are the two types of rainforests. There are several similarities between tropical and temperate rainforests. Both have a lot of greenery and are considered endangered biomes.

Tropical rainforests are found mostly in the tropics. The tropics get practically direct sunlight, resulting in tremendous solar radiation that keeps temperatures between 21° and 30°C. With an average humidity of between 77 percent and 88 percent, high temperatures make the air warm and damp. Extreme and regular rainfall occurs as a result of the humid air, ranging from 80-400 inches every year. Tropical rainforests create up to 75% of their own rain through evaporation and transpiration because they are so warm and damp.

The typical temperature in temperate rainforests is between 10 to 21 degrees Celsius. The coastlines of America, the UK, Norway, and New Zealand are home to these rainforests. They don't get as much sun or rain as the tropical rainforest, but the warm, moist air that flows in from the coast is trapped by the neighboring mountains due to their position. Because the mountains are so high, all air moving inland from the shore is unable to get through them.

While some air does pass through the mountains, the majority of the warm, moist air is prevented and remains lingering above the mountain forest environment. The air mixes as the colder temperatures at the bottom of the forest push higher, and the hotter air pushes downward (which causes rainfall). Rainfall in the temperate rainforest ranges from 60 to 200 inches each year. These rainforests are not as diversified as tropical rainforests, but animal and plant breakdown takes longer owing to the milder temperatures. Because nutrients break down over a longer period of time, plants and animals thrive longer.

Rainforests supply us with a wide range of things that we utilize on a daily basis. Teak, balsa, rosewood, and mahogany are tropical woods that are utilized for construction, and cables are all made from fibers like raffia, bamboo, kapok, and rattan. Spices from the rainforest include cinnamon, vanilla, nutmeg, and ginger, to name a few. The ecology supports bananas, papayas, mangos, cacao, and coffee beans.

Rainforests also supply us with a wide range of therapeutic items. According to the National Cancer Institute of the United States, 70 percent of plants effective in cancer therapy can only be found in rainforests. Muscle relaxants, steroids, and pesticides are also made from rainforest plants. The usefulness of rainforest species in public health is even more remarkable when you realize that only around 1% of rainforest species have been studied for therapeutic purposes.

The tropical jungles are hot and humid. The rainforest soil is nutrient-dense. Once vegetation and animals have perished, the warm, moist circumstances lead them to decay fast. Plants and animals that die are recycled back into the soil. Bromeliads thrive in the tropical jungle. These are plants with water reservoirs in their cores. The water creates small ecosystems in the shape of pools! Bacteria, tadpoles, insects, reptiles, and birds live in many of these pools.

Animals in the tropical jungle are bright and boisterous, with a diet rich in fruits. The rainforest is home to a diverse range of creatures, including reptiles, amphibians, birds, and mammals. Insects are the most widespread sort of life. While some creatures live in the jungle all year, many others migrate throughout the summer and return when the weather cools down.

The rainforest is rich in natural resources, but the vast number of species that dwell there means that they must adapt in order to survive. Because tropical rainforest animals must compete for food, they have learned to eat a specific type of food that is not consumed by other species.

Jaguars – The Apex Predators of the Rainforest

The jaguar is the Americas' biggest cat. These majestic animals have huge, round heads, short legs, and a beautiful coat with black rosettes and spots. They are strong swimmers and generally dwell near water. The ultra-strong jaws and fangs of a jaguar can bite through a crocodile head or turtle shell, but they'll eat practically everything, including deer, armadillos, monkeys, and lizards.

The name of the game for jaguars is stealth. They will detect and track their victims from afar as nocturnal "stalk-and-ambush" predators, lurking just out of sight until they attack. Surprisingly, the name jaguar comes from the Native American term "yajuar," which means "one who kills with a single jump."

Jaguars also have superb eyesight, particularly at night, and large, sharp fangs. These crucial characteristics help these huge cats incapacitate and consume their prey with incredible elegance and ease. While most Panthera genus cats kill their victims by biting and ripping at their necks, jaguars prefer to shatter their prey's skulls with their bite.

It's vital to remember that jaguars are incredibly opportunistic apex predators and highly proficient hunters when it comes to their nutrition. Jaguars have evolved to consume more than 85 different types of animals that dwell with them in their humid jungle environments throughout Central and South America as a result of these characteristics.

They benefit from water because it keeps them hydrated. Their bodies' transportation system is water. Things in their bodies can't move about as much when they're dehydrated, which is why people feel bad when they're dehydrated. Their bodies benefit from food because it provides them with the protein and glucose they require. These items benefit Jaguars by providing them with energy, protein, and vitamins.