What Biome Covers Most Of The Earth? 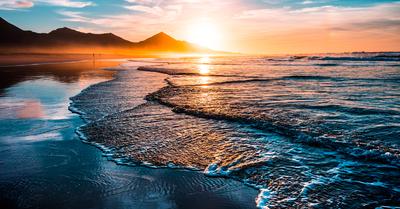 ‍Our planet is a wonderful collection of different regions, geographical features, and biomes. But what biome covers most of the earth?

Since the major biomes in the world play a critical role in our well-being and the well-being of the planet, we must educate ourselves on the importance of biomes. This also includes where the different biomes are located and how much of the earth they cover.

Because of the huge importance of the marine biome not only for the millions of species of plants and animals that live in it but also for humans, here we are going to take a closer look at what the marine biome is all about and its importance to humans and the environment.

As people who have studied earth's various biomes for decades, we have written this article on the marine biome to provide you with all the information you need – its climate, flora and fauna, and the species that call it home.

The marine biome, which covers three-quarters of the earth's surface, is the world's biggest biome. Oceans, coral reefs, and estuaries are examples of ecosystems found in this biome, all of which are saltwater habitats.

The marine biome is home to a diverse range of creatures, and healthy seas are necessary for life on land. Marine algae produce much of the world's oxygen and absorb a significant quantity of carbon dioxide from the atmosphere. The Atlantic, Pacific, Indian, and Arctic oceans are the major oceans in the marine biome. Many gulfs and bays are included in the marine biome.

Oceans, the biggest of all ecosystems, are massive bodies of water that cover much of the earth's surface. The oceans are divided into four zones: benthic, intertidal, abyssal, and pelagic.  Species diversity is abundant in all four zones. Even though the ocean has fewer species than land, some argue that it has the greatest diversity of species.

As waves and tides pour in and out, the intertidal zone is where the water touches the land, sometimes submerged and sometimes uncovered. As a result, the communities are always shifting. The zone is vertically stratified on rocky beaches. There are just a few types of algae and mollusks where only the highest tides reach.

The abyssal zone, also known as the abyssopelagic zone, is a stratum of the ocean's pelagic zone. The word "abyss" comes from the Greek word "abyssos," which means "bottomless." At depths ranging from 6,600 to 20,000 feet.

The benthic zone is the lowest biological zone of a water body, and it mainly consists of seabed sediments. The species that reside in the benthic zone rely heavily on these sediments for their nutrition. Based on depth, seabed topography, and vertical gradients of physical characteristics, the benthic habitat is separated into a number of different ecological zones. Sea anemones, sea urchins, crabs, corals and worms, and a variety of other invertebrates are common benthic invertebrates.

Small infaunal invertebrates are the most numerous and species-rich component of the bathyal fauna.

The pelagic zone refers to the open and free seas between the surface of the ocean and the ocean floor that are not too near to any limit, such as a beach, the seabed, or the top.

The ocean biomes contain millions of plant and animal species, some of which have yet to be identified. Phytoplankton, kelp, and seaweeds are the most common plant species found in the ocean biome; phytoplankton and kelp are significant ocean biome plants that produce much of the world's needed oxygen, take in large quantities of carbon dioxide, and provide food for other marine creatures. Kelp is a type of marine algae that offers food and shelter to a variety of marine organisms. It is also vital to man since it is used in several of our products.

All marine species call coral reefs home; they span just 1% of the ocean bottom and are home to thousands of animal and plant species. The diversity of species is due to the availability of light, shelter, food, and places to reproduce. Reefs also serve as a safe haven for huge fish species until they are old enough to venture out into the open ocean. Coral reefs are crucial biomes for animal species because they act as a barrier to natural calamities such as storms, hurricanes, and typhoons. They are also necessary not just for ocean life but also for human health and well-being since they supply food and revenue through commercial fishing.

Soil erosion, overfishing, and climate change are just a few of the numerous variables or activities that pose a serious danger to coral reefs. Overfishing plays a role in the ecological balance of the species found in the coral reef, as it disrupts the food chain and has consequences that extend well beyond the directly overfished population. Contamination, industrial waste, agrochemicals, and sewage are some of the other factors that threaten the reef. These pollutants are either released directly into the ocean or conveyed downstream by river systems.

These are regions where salt and freshwater collide, and they serve as a channel where the tide meets a river current, particularly at the river's lower end. Estuaries are also known as bays, lagoons, inlets, ports, marshes, swamps, and they come in a variety of sizes. Estuaries are tidal, and they suffer changes not just from the mixing of fresh and saltwater but also from the tide's ebb and flow. Animals and plants that dwell here must thus be modified to deal with problems posed by physical changes, such as tides rising and falling, and chemical changes, such as salinity.

Despite these difficulties, estuaries remain one of the world's most productive ecosystems. Fish, shellfish, crabs, mangroves, and algae are among the flora and animals that call them home. Estuaries serve as breeding and nesting places for a variety of species. Several shark species use estuaries to raise their young. Until they are able to swim out into the ocean, until then, estuaries are used for food and protection against predators.

A vast range of creatures may be found in the marine biome. Plants and tiny animals in this biome provide food for the animals. The ocean biomes are home to a variety of animal species who acquire their food from plants or smaller animals and are provided with refuge. These animals have certain distinct characteristics that enable them to adapt well to the habitat in which they find themselves and to resist any extreme weather conditions.

Animals find refuge in the same vegetation. Fish, whales, crabs, mollusks, sea anemones, fungus, and bacteria are some of the creatures that dwell in the marine biome. Maritime mammals may be found in a variety of marine habitats all around the world. They are a varied collection of animals that have unique features that help them live (and even thrive) in severe temperatures, pressures, and depths found in the ocean.