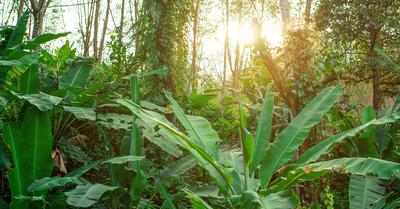 For over a century, land conservation techniques of all types have protected the natural beauty of our world, the health of our ecosystems, and have ensured responsible farming practices.

The major types of land conservation pertain to the health of our soil, sustainable farming, sustainable development, and protected lands.  This practice can be seen implemented by governments, corporations, the industrial complex, as well as your average consumer.

The practice of land conservation has become so widely adopted because we’ve learned - through trial and error - that by disrespecting our land we end up harming our environment, contaminating our water, and putting vital, natural resources at risk.  The techniques behind land conservation considerably lower our environmental footprint, encourage sustainable living and prevent pollution on a national and global scale.

Global organizations like Greenpeace, the World Wide Fund for Nature, and many other recognized environmental institutions are calling upon governments and everyday citizens around the world to take action towards adopting land conservation practices.  They understand how crucial this practice is for the sustainability of our planet and the livelihoods of future generations.

One of the most crucial elements of land conservation is taking good care of our soil.  Almost all of the food that we eat comes out of the ground, in one way or another, and by keeping the integrity of our soil intact, we are able to secure the luxury of having plenty of food on the table.

So much of land conservation has to do with practicing responsible farming techniques, which will directly affect the health of local biodiversity, the degree of erosion, the quality of water, and the yield of crops.

One of the most traditional and effective ways to prevent soil degradation is by having a variety of different crops that you grow on the same lot of land.  This practice becomes especially detrimental for large-scale, corporate farms that tend to focus on just one type of crop.  Here in the U.S., we see this often occur on farms that grow corn and rooted crops.

The benefits of crop rotation are massive and essential for maintaining healthy soil.  Here are some advantages of rotating our crops:

Crop rotation has been practiced by farmers for centuries and is still to this day one of the most effective techniques in preventing soil degradation and encouraging successful land conservation.

This farming practice plays a crucial role in maintaining fertile soil.  Once the soil is exposed, farmers will often mix what is called mulch in with the soil.  This is generally some sort of organic material like hay, manure, grass, husks, or sawdust.

Having only been around since the mid-20th century, mulching is a relatively newer land conservation practice that is known for benefiting soil in the following ways:

Combined with other land conservation efforts that farmers utilize, mulching becomes a vital technique to implement on their soil to protect their crops and the health of the land.

Farmers will often create long stips of permanent grass or other vegetation to separate their crops called buffer strips.  These buffer strips essentially work as borders that block the runoff of pesticides, fertilizers, and metals into the surrounding environment.

When a farm is managed without the effective use of buffer strips, the likelihood of harmful chemicals entering waterways and contaminating the surrounding environment considerably increases.

In addition, buffer stips also benefit the soil and the farmer by:

This farming practice is one of the most essential tactics for preventing the spread of crop pollutants and keeping soil fertile.

What has been the standard approach to farming for much of human civilization has been coming back with a roar - due to high demand by consumers.  Since the rise and introduction of industrial-scale farming and the use of harmful pesticides that come with it, toxins have been finding their way into our soil, water, and food.

Industrial farms that don’t practice organic farming, are among the leading polluters of our lands and are severely damaging our soil.

One of the most straightforward types of land conservation is to simply designate lands that are protected from development.

Around the early 20th century, the conservation movement began to gain momentum and people began to appreciate nature on a whole new front.  The aftermath of colonization and the industrial revolution led to a lot of our beautiful, natural lands being prioritized for economic growth.  Luckily, we were able to catch on early enough to set up lands all over the U.S. that are protected for the sanctity of all of those who visit.

When we venture throughout the U.S. and much of the world, we can find areas such as these, that have been classified as ‘protected’ in accordance with land conservation principles.

These protected lands have served as safe havens for ecosystems and have helped ensure the health of local biodiversity and given all of us the privilege of having the natural world be part of our lives - during a time of mass urbanization.

In addition, this land conservation practice has encouraged national and international tourism, which has a significant boost on our economy.

By building cities, roads, and other infrastructure, we are not really doing the natural world any favors, which is why responsible development is crucial for mitigating the harm done to our lands.

Throughout our past, a lot of development has occurred without regard to local species and habitats.  We’ve built highways that have been paved over life-abundant wetlands, set up neighborhoods and cities where there could have been a state or national park.

As we’ve come to value and appreciate the importance of the natural world, we’ve come around to being more conscientious with development projects, big and small.  Being a positive proponent of land conservation can be done from large-scale city planning to basic consumer practice.  Here’s how:

Sustainable development techniques like these are going to be key elements in the continuation of successful land conservation.  These trends are catching on fast and are proving to aid local habitats not only by encouraging biodiversity to flourish but also by eliminating the spread of invasive pests like rats, which cause huge harm to local species.  The species that tend to dominate concrete infrastructure are pests.  So, by leveling the playing field, we are able to mitigate the spread of invasive animals on our lands.

Land conservation on a developmental scale needs to be approached cautiously and is undeniably tricky to achieve, but through conscientious development, we can secure the health of our soil and our biodiversity.

When we approach ethical and responsible land conservation in any area of its implementation, we rely on a set of principles to guide the process and ensure the best approach is being taken for the environmental matter.

Since the degree of damage and environmental risks greatly vary from case to case, adapting a logical platform to alleviate the harm done - or to reverse the harm altogether - is necessary for the process to yield the best results.

Land conservationists will aim to either restore, preserve, mitigate, or remediate environmental issues.

Oftentimes in our society, we’ve already acted too late to prevent an environmental disaster or development design flaw from taking place.  When situations like this occur, the best approach land conservationists can take to remedy the situation is to attempt to restore the land to a similar state that it was in prior to human impact.

The process of land restoration can prove to be tricky and a rather delicate process.  Tearing down poorly built buildings and planting a few trees isn’t the straightforward approach we would like land restoration to be.

Instead, environmental scientists must carefully assess the local biodiversity of the area, analyze the history of the affected land, and then take a sustainable route towards restoration.

The concept of land preservation is why we were able to save and protect so much of the land that we cherish in our society.

It’s through this technique that we have stopped mass deforestation and inspired organizations to protect our lands and created parks all over the nation for our enjoyment.

This natural philosophy of life drives the idea that land should be left alone - unimpaired by human interference - with minimal maintenance.  Some exemptions of this practice can be seen in things like trail maintenance for hikers and controlled burns to prevent massive forest fires.

As we’ve seen from countless environmental disasters to our lands, caused by humans, sometimes the damage that has been done is irreversible for generations to come. It’s occurrences like these that have birthed the concept of land mitigation.

Through this technique, we essentially try to write one wrong with a right.  If a development project creates direct or indirect harm to local land, balancing out the harm by funding a non-invasive, sustainable project is an approach often taken.

The best solution to land mitigation is to simply not cause the harm in the first place, but mitigating the damage does amount to a better outcome.

Contaminants and pollutants find their way into our waterways, soil, and ecosystems constantly.

The practice of land remediation focuses on the attempt to remove or remedy the damage done through sustainable practice that doesn’t cause further harm.

We can see this practice carried out through soil washing, bioremediation, permeable barrier systems, and other treatment methods.  It’s through land remediation that we are able to aid or eliminate contaminations and often even return a local environment back to its bassline.