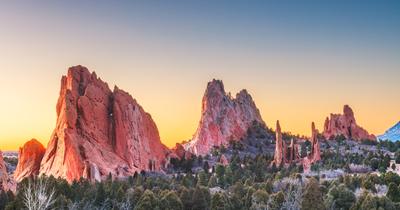 There are millions of acres of conservation land throughout the United States and their access to the public can vary depending on the land and who owns it.

The amount of conservation land within the United States that is available to the public is in the millions of acres.

Establishing these lands as being certified for conservation and protection began in the early 1900s through the conservation movement. This in turn started many of our valued environmental government branches such as the National Parks Service.

It’s important to note that while most conservation lands owned by the government are classified as public land it does not mean that it is simply ours to go to at our own free will without limitation. Each classification for different conservation lands comes with its own set of guidelines in relation to how the land is being protected, as well as the rules that come with our ability to have access to the land.

Let’s dive into the different types of public conservation lands.

Luckily for us, all national parks within the United States are publicly owned lands and can be accessed by visitors from around the globe. The federal government is responsible for overseeing these beautiful parks and does so through the National Parks Service; a government branch that was set up at the start of the conservation movement.

While our national parks are technically considered public, they do come with their fair share of restrictions, guidelines, and seasonal closures. The restrictions associated with public access to our national parks will usually involve areas of the park that are off-limits to visitors for the sake of habitat protection, as well as the personal safety of park attendees.

Throughout the United States, a common classification for a type of public conservation land is our national forests. These forests cover millions of acres of land throughout the country and while they are not quite as environmentally significant compared to our national parks, they are still an amazing retreat into nature.

National forests are open to the public and come with some incredible benefits when visiting them. To camp within state and national parks, you will always be required to have a permit for which you must pay a fee. In addition, campgrounds within these parks are often fully booked and can have a waiting list that takes days or even months.

The major benefit of having national forests be open to the public is that you are allowed to camp on them without the hassle of needing a permit or evening paying a camping fee. An unfortunate aspect of these conservation lands is that they are not preserved to the same degree that state and national parks are.

Our national forests are often utilized for their natural resources such as logging, which is becoming an ever-growing threat to forestation and the climate crisis.

Another type of conservation land that is open to the public can be found at our national monuments. These public lands strike a balance between the heavy regulations of national parks and the looseness of national forests.

Visitors are allowed to access these public lands with a similar set of values in regards to maintaining and preserving the environment but are also allowed to pursue additional outdoor recreational activities that are prohibited in other parks.

In addition to the National Park’s Service, our national monuments are overseen by the Fish and Wildlife Service, which means that visitors have the ability to enjoy sports such as fishing and hunting.

While these activities are allowed, they are heavily enforced and managed to ensure that population controls are respected and that the environment of the area is not being negatively impacted.

The most common reason we see recreational conservation lands partially or fully closed is due to a negative environmental impact caused by human activity. If the public conservation area has been showing signs of habitat loss or the declining health of species in the area, government agencies can often deny the public access to part or all of the land affected.

This is generally a temporary closure, but in some extreme cases, areas have been closed off for pre-longed timeframes.

In addition, national forests may at times have closures due to the presence of logging, which can be a hazardous environment for campers and visitors.

The concept of converting privately owned properties to conservation lands is becoming a popular approach to protecting our environment. This is generally done by individuals and organizations that take matters into their own hands through philanthropic ideologies to encourage environmental activism and preservation.

However, when a private property is converted to conservation land, it is generally not open for public access. This is to ensure that the ecology of the privately-owned conservation land stays protected from human interference and development.

Let’s take a look at some examples of privately owned conservation lands.

Conservationists as well property owners who embody environmental values are either converting their pre-owned lands to conservation lands or are buying lands for the purpose of conversion.

If a private individual owns property that they deem worthy of conservation, they dispatch a professional to conduct an Environmental Impact Assessment to analyze the land for ecological significance.

If the assessment finds that the land has environmental value, then the owner goes through an appraisal process to continue the conversion. In doing so, the value of the property goes down but the property falls under a permanent classification of conservation, which protects it for life.

The common reasons for this conversion is to protect habitat, species, and natural resources.

Similar to the approach that private individuals take, land trusts are organizations that convert privately owned properties to conservation lands. They do, however, do this on a much larger scale, as these non-profit organizations were created with the intention of purchasing vast amounts of land for the purpose of conserving and preserving the environment.

These land trusts are generally established by environmental activists to create environmental change within our society and to encourage the population to adopt ecological values. Once a property has been acquired and converted to conservation land, the trust seeks out a potential buyer for the land that shares their ideologies in regards to protecting the land.

These designated conservation lands are then privately owned again but are maintained through the enforcement of strict guidelines in regards to development.

While generally speaking privately owned conservation lands are not open to the public, there are some exceptions.

If a private conservation land owned by either a trust or an individual is not in a critical environmental state, then the land can be opened up to the public. For this to happen the trust or individual must allow permission for public access to the land, which is generally enforced with certain guidelines and restrictions.

While this is not always a common occurrence, it does contribute to some of the public conservation lands we have access to throughout the United States.