How To Protect Landforms 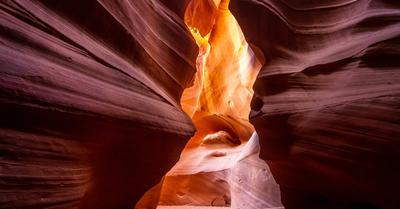 Landforms cover the earth with a variety of spectacular features that have developed over many thousands of years, and protecting them is vital to ensuring they can be enjoyed into the future.

Preventing overuse and deforestation as well as designating sites as World Heritage Sites or National Parks are some of the most important ways to protect landforms. In addition, preventing things like pollution and climate change are essential to prevent degradation of landforms into the future.

Landforms make up most of the places we know as scenic, idyllic landscapes, as well as many places that we enjoy recreational activities. In addition, landforms are essential habitat for wildlife and their protection helps to provide resilience against climate change-related impacts and severe weather. In this article, I’ll cover what landforms are as well as give you an idea of how landform protection happens, including both strengths and limitations of different strategies.

As a frequent visitor of many sites of landforms as well as an environmental policist, I’ll use my experience to provide you a well-rounded viewpoint of landform protection from a management and more broader, conservation perspective.

Landforms are a physical characteristic or feature of the earth’s surface that have often formed over thousands of years. There are a wide variety of landforms including mountains and volcanoes, plateaus, canyons, and valleys. Features underwater are also landforms, including ocean ridges and submerged volcanoes.

Landforms are often created by the movement of the earth’s tectonic plates, and/or shaped through processes of weathering and erosion of wind and water.

Ocean trenches, mountains, and volcanoes all form from tectonic plate movement. Tectonic plates make up what we call the lithosphere, which is the earth’s upper crust and mantle. Heat from processes at the earth’s interior causes these plates to move and crash into each other, creating mountains, ridges, and trenches. Their creation can take millions of years, and the plates are in fact still shifting.

How Can Landforms Be Protected?

While landforms don’t easily just disappear, their state can be jeopardized by human activities like deforestation, agriculture, development, pollution, and overuse. Protecting landforms from these burdens preserves their ecological and economic value, and ensures they can be enjoyed by generations to come.

Many parks and preservations are sites of incredible landforms, and this is often why they are deemed as protected areas in the first place. There are different ways of protecting these monuments and landscapes, but two important ones are through UNESCO World Heritage Site certification, and National Parks.

World Heritage Sites don’t only include naturally-made landforms, but about 213 sites of the 1121 are ‘natural’ sites that often include landforms, as opposed to ‘cultural’ sites. There are also 39 ‘mixed’ sites, tha have both natural and cultural significance.. The United Nations Educational, Scientific, and Cultural Organization (UNESCO) World Heritage Sites areas or landmarks that have specific protections under an international convention.

In order to be picked as a World Heritage Site, an area must be deemed as having “outstanding universal value” as well as meeting one out of ten selection criteria. Criteria for natural sites include landscapes that are home to exceptional natural phenomena, beauty, or aesthetic importance. In addition, there are criteria specifically for geological processes in landform development and geological features.

It is somewhat difficult to have an area deemed a world heritage site, requiring multiple steps and often many years. One of the difficulties with World Heritage Sites, though, is that once they are designated, tourism to these areas generally increases. This can jeopardize the integrity of the sites themselves, as increased use and associated waste and pollution harms the landscapes.

Additionally, despite being listed, it is primarily the country’s responsibility to preserve World Heritage Sites, and if they are not properly protected from things like overuse, they can be delisted by UNESCO.

In the US, the designation of a National Park is an important way of protecting landforms. National Parks in the US hold a multitude of landforms including dunes, glaciers, mountains, and canyons. National parks also exist outside of the US, and similarly are put into use for the purpose of conservation of natural landscapes and wildlife.

The US National Parks System ensures that National Parks receive federal protections against development and other activities that could harm wildlife. Even when visiting national parks, certain activities like fireworks or taking rocks or other material is prohibited. These regulations are to protect wildlife, but also to protect landforms that exist in national parks.

Despite these protections, some National Parks have experienced high levels of tourism, jeopardizing their integrity. Parks like Yosemite see over 4 million visitors per year, tis

While it may not seem that removing trees has a significant impact on mountains and other huge (seemingly resilient) landforms, these kinds of changes can greatly alter the physical geography of a landscape.

Deforestation, or the removal of trees in a naturally forested area, involves clear-cutting areas for the use of agriculture or for things like timber or development. Any time that an area is clear cut and natural vegetation is removed, the land is made vulnerable to erosion and landslides. Landslides involve the movement of rock or debris, and often can occur down the  slope of a mountain or other slanted landform.

Not only do landslides pose a significant risk and cause economic damages, they jeopardize the integrity of the landforms themselves. Landslides can also lead to increased risk of more land and rock fall, since it has lost vegetation and roots which help grip into the ground and provide stability.

Wildlife and ecosystem health can have an important impact on the geography of landscapes, impacting landforms and posing problems when elements are jeopardized.

A particularly important example of this is seen with what happened when wolves were reintroduced into Yellowstone National Park. Hunting essentially wiped wolves out of the Park for about 30 years. When wolves were reintroduced in 1995, the physical geography of the park was changed because of the cascading impact of the wolves on the ecosystem. Wolves kept the population of deer in check, which in turn allowed vegetation to thrive and trees to grow to five times their previous height. With deer and elk roaming smaller areas and with smaller populations, vegetation on riverbanks prevented erosion, allowing riverbanks to stabilize and changing the physical geography of the park.

Things like the Endangered Species Act (ESA), which protects species that could go extinct without intervention, are important tools in maintaining ecosystems and subsequently protecting landforms. Under the ESA, wildlife and its critical habitat is protected against certain types of development and harm, which helps maintain the integrity of the ecosystem and the important services it provides. Just like in the case of Yellowstone’s wolves, ensuring wildlife is healthy and minimizing interference is a critical method of protecting the landforms they inhabit and maintaining them for future enjoyment.

Mountain ranges not only physically change with warming temperatures, but their ecosystems are disrupted, changing the landscape along with them like I mentioned before. Melting glaciers not only results in sea level rise, it also changes river flows, impacting the plants and wildlife that depend on these features. Glaciers, like wind and water, sculpt and erode land beneath them as they move over hundreds of years, greatly impacting the shape of landforms.

Climate change not only impacts landforms in cold areas, but also increases wind and weather that can erode landforms in places like deserts and rainforests as well. Reducing fossil fuel emissions and lowering greenhouse gases will help slow the rate of climate change, protecting the landforms of the earth as well as the wildlife and ecosystems that inhabit them.