How To Conserve Arable Land 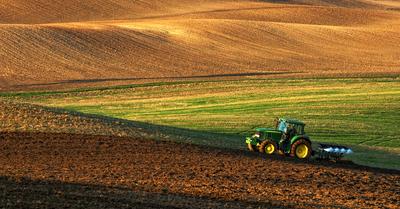 Productive, arable land is what feeds our population, and its protection is critical. This article examines four ways to conserve this vital resource.

Arable land, or farm land, can be conserved through regenerative farming practices that preserve soil health. Some of the most important ways of doing this include rotating crops, using cover crops, reducing or eliminating tilling, and reducing chemical pesticide and fertilizer use.

The health of arable land is closely tied to the health of humans, wildlife, and even economic benefits. In this article, I’ll provide a comprehensive overview of the most important ways arable land can be conserved for the health of the environment, the economy, and future generations. I will define ‘regenerative agriculture’, a term that has been used frequently in the media recently, and break down how it fits into the conservation of arable land. Finally, I’ll go over four of the most important ways to conserve soil health through studied practices.

Many times, we only see in the media how the conservation of rainforests, coral reefs, and other ‘untouched’ areas of our natural environment are important. One of the biggest things I’ve learned in studying environmental management in graduate school, however, is how important agricultural land is in preserving wildlife and protecting environmental and human interests.

Earth has lost a third of its arable land over the last 40 years, mostly from things like excessive pollution and soil erosion. Since agriculture practices are how we feed ourselves and can have huge environmental impacts, the way that we use and preserve this resource is vital to human and environmental health.

Conserving arable land by preventing things like soil erosion can protect water quality by preventing harmful runoff. Conserving healthy soil also helps to preserve nutrients in the soil, which actually makes our food more nutrient-dense and healthier for us.

While it is of course also important to conserve non-arable lands like forests and rivers, conserving arable land now actually prevents the need to convert non-arable land into arable land in the future. This protects wildlife in the long-run and ensures we make the best use of the farmland we have.

In addition to environmental benefits, healthy soil and conservation of arable land also greatly benefits the economy. Maintaining the health of land that provides us food makes sure that land remains productive for the long-term, and prevents expensive land alterations in the future.

Agriculture and related industries were also responsible for $1.19 trillion of the US Gross Domestic Product (GDP) in 2019. Not only does conserving this land benefit local farmers, but agricultural production and the protection of arable land is vital to the US economy as a whole.

How Can We Conserve Arable Land?

The methods of arable land conservation below are all part of a regenerative agriculture approach - methods that focus on improving soil health to create farms that are sustainable, healthy, resilient to climate change, and reduce negative environmental impacts. Focusing on soil health is important because if arable land were a house, the soil would be the foundation - its health is essential to the whole operation and conserving its integrity in turn conserves the land itself.

One of the most important and common ways that arable land can be conserved and soil health improved is through crop rotation. Rotating crops involves alternating which type of crops are grown in the same plot of land, as opposed to continuing to replant the same type of crop.

Different types of crops tend to need different nutrients found in the soil, so one benefit of rotating crops is that it allows those nutrients to return to the soil between plantings.

Rotating crops also improves the biodiversity of the farm ecosystem, since different crops attract different insects and pollinators. Maintaining and increasing biodiversity in agriculture helps to ensure that plant life is less vulnerable to diseases and pests.

Another strategy used in regenerative agriculture and to conserve arable land is to use cover crops, or crops that are planted to cover the soil during the off-season. Cover crops help to protect the soil from erosion and runoff.

Similar to how rotating crops helps replenish nutrients in the soil, cover crops also help to do this by maintaining and improving the quality of the soil for the next set of crops.

The type of cover crops used depend on the climate and what target crops are being grown, but common cover crops include hardy plants like wheat and grasses. If the right cover crops are planted, they can even be used to feed grazing livestock, adding to the potential benefits to farmers.

The process of tilling involves agitating or turning the top 10 inches or so of soil in order to prepare it for seeding. While there are some benefits of tilling, recent studies have shown that it can cause long-term problems for soil and leave it vulnerable to erosion and nutrient loss.

Instead of conventional tilling methods, farmers can either reduce how much they till their land or refrain from tilling altogether. Adapting to no-tilling can include investing in special seeding equipment to deal with the composition of the un-tilled soil, or planting cover crops to control weeds and maintain soil health.

Reduced Fertilizer And Pesticide Use

Along with reduced tilling, rotating crops and planting cover crops, reducing the use of chemical fertilizers and pesticides can help improve soil health.

While it seems like using fertilizer would help improve crop yields, and to some extent it can, chemical fertilizers actually bypass the soil in order to feed crops, oftentimes harming the health of the soil itself in the process. Certain chemical fertilizers can cause a buildup of nitrogen and harmful heavy metals that can result in more fertilizer needing to be used in the future. In addition, runoff from fertilizer-treated agriculture can end up in rivers and oceans, as well as in our drinking water.

Like fertilizers, chemical pesticides can have a similar effect on soil health. Pesticides are not always great at only killing the pests that harm crops, and often end up harming the beneficial organisms that soil needs to thrive.

Practicing methods like planting cover crops and rotating crops helps to reduce the need for things like chemical fertilizers and pesticides, so these can be part of a successful strategy to preserve soil health and conserve vital arable land.