Effects of Blizzards on the Environment 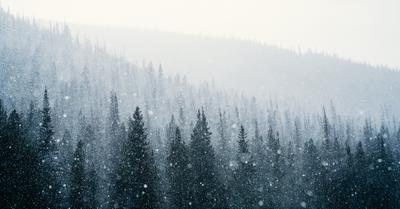 Blizzards can be extremely disruptive and dangerous for so many people and their communities, but they can also greatly affect the environment.

Blizzard can impact the environment by causing damage to plant life such as trees, shrubs, and grasses - they can interfere with the livelihoods of wildlife and their habitats - increase the likelihood of flooding - as well as sabotage crop cycles for farmers.

If there is one thing that we all dread when winter comes rolling in it is the blizzards that often come with it. These severe snowstorms can greatly interfere with our way of life, as they often result in roads being inaccessible, businesses closing, and even issues with power outages and other basic utilities. However, we often overlook the effects that blizzards have on the environment, which also tends to suffer when these snowstorms occur. To help you understand everything that you need to know about the effects of blizzards on the environment, we are going to examine this natural phenomenon in more detail.

After years of working as an environmental scientist in cold winter regions, I have had a lot of first-hand experience studying the repercussions that these severe snowstorms have on our environment. My research has led me to conclude that the damaging effects that blizzards have on the environment are dependent on the severity of the snowstorm.

If you grew up in an area that experiences heavy amounts of snow in the winter, then blizzards should not be a new concept to you. Traditionally, many of us have loved it when a good blizzard rolls into town and shuts down schools for a classic snow day at home.

With that being said, these severe snowstorms can cause a lot of complications, which results in dangerous situations for people and our surrounding environment. While blizzards are naturally occurring and happen much like most other natural disasters, they do pose a substantial risk for the ecology of the areas that they pass through.

A major concern with blizzards these days is that they seem to be getting more and more intense - with recent snowstorms being incredibly severe and life-threatening. Most scientists have confirmed that one of the reasons that this is happening is that blizzards are becoming more dangerous and less predictable as a result of climate change. This means that blizzards are affecting regions for longer periods of time and are occurring in places that they traditionally had not.

When blizzards begin to show irregular patterns of predictability like this, they end up affecting natural areas that are not used to having such severe snowstorms, which can have catastrophic effects on the environment. With that being said, let’s dive right into the effects of blizzards on the environment.

When studying the effects of blizzards on the environment, we commonly see these severe snowstorms negatively impacting a lot of plant life. We can easily make a correlation with the livelihoods of plants based on the regions that they grow in. By looking at biomes such as the tundra, which experiences severe blizzards regularly throughout the winter, we can see that there are very few plants that are able to withstand such harsh conditions.

However, if we examine the taiga and many other regions that we have here in the United States, we will see a considerable amount of grasses, shrubs, and trees that experience blizzards periodically. Most plants that are located in these regions are equipped to withstand blizzards up to a certain point.

This becomes problematic if a blizzard is too intense and drops in temperature considerably below what is normal for its winter climate. Under these circumstances, the plant life in these areas is put at great risk.

When extreme blizzards do hit our plant life, we can see trees completely freeze over, which can result in them collapsing. There have been instances where harsh blizzards have been known to affect the health of entire forests. In addition, blizzards can have even more damaging effects on the grasses and shrubs of the area. When a severe winter storm is prolonged and cold enough, it can disrupt the health of the entire plant ecosystem of the region.

Much like with plants and vegetation, wildlife and habitat also commonly bear the brunt of a severe snowstorm. Some animals such as the Caribou in far northern regions, are equipped to handle blizzards and have evolved to survive even some of the most intense snowstorms.

However, some animal species are not quite as prepared, which can have catastrophic impacts on their well-being. Some animals are simply not equipped to handle the cold of a blizzard and they may simply freeze to death while out in the wild. Whereas other animals may be prepared for the worst of winter weather and cope with it by going into hibernation.

More often than not, animals that do go into hibernation are able to take shelter or find refuge during a blizzard, but some are not so lucky. If a blizzard is strong enough to destroy the shelter that animals rely on, it damages their habitat, which could potentially mean that they have nowhere else to seek cover and wait out the storm.

With that being said, even if the animals are able to make it through the intense snowstorm, they are often faced with the biggest challenges of the blizzard during the aftermath. Given that so many different wildlife species are dependent on the plant life of their region for their survival, they could be at great risk if there is no food to eat once the storm subsides.

This can be especially dangerous for wildlife if the storm was strong enough to destroy a significant amount of the vegetation in the area, which can leave many animals on the brink of starvation. While not all animals are entirely dependent on plants for their survival, the predators that prey on other species lower in the food chain may also experience starvation if animal populations decline.

If a blizzard is strong enough to severely disrupt a large amount of the plant and wildlife of the area, then it could have some very serious repercussions on the health of the entire ecosystem.

A common trend that comes not long after a blizzard is intense flooding. Given that a blizzard brings with it an increased amount of snow that drops on the ground, regions are often at risk of experiencing floods as a result of heavy snowstorms.

If a blizzard hits an area in the peak of winter, then the risk of flooding is generally mitigated and not as destructive, as the snow will have time to slowly melt and compact over a longer period of time. However, at times blizzards can come right out of the blue and during parts of the year where winter was on its way out.

In these situations, regions experience heavy amounts of snow, which are commonly followed by warmer temperatures. This results in massive amounts of snow melting very quickly and the beginning of a potentially dangerous flood.

These floods can pose to be a major issue for people and neighboring communities but also for the environment. When flash floods occur (especially where/when they are not common) this can cause serious issues for plants, wildlife, and habitats in the area, as the intense amount of moving water will sweep just about everything in its path.

With that being said, these floods can actually prove to be beneficial in some circumstances. If the flood occurs in an area that has wetlands, then some level of flooding can actually be quite healthy for the environment. The reason for this is that floods can create a bridge between larger bodies of water and areas that only receive seasonal water. In this situation, a flood can help replenish areas such as wetlands that are dependent on them.

While crops are manmade, they are still an important part of how we utilize the environment for our own benefit. As we have just discussed, blizzards can have extremely damaging effects on the plant life of certain regions. This is very much the case with our crops as well.

Most crops that we grow here in the United States are planted in accordance with their season and the climate that comes with it. Farmers that live in colder regions are generally more prepared for their adverse climate and they plant crops that can handle the cold.

However, blizzards can be quite sporadic and unpredictable, which means that they can have some serious negative impacts on our crops. This is especially problematic if winter gives the impression that it is ending sooner than it actually is. If crops receive a preemptive amount of warmth and sunshine earlier than expected, they may begin to bud and bloom.

While this is common within nature, it can be catastrophic for the entire crop cycle if a blizzard follows this early growing process. Blizzards that hit farming regions unexpectedly could potentially wipe out an entire farmer’s crops, which affects food production. This is especially an issue for regions that do not normally experience blizzards.