Advantages and Disadvantages of Biogas 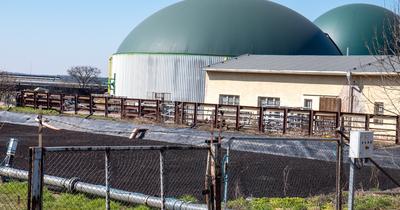 Before you can use biogas as an alternative to natural gas, you should familiarize yourself with the advantages and disadvantages of biogas.

We’ve been using natural gas as a source of energy for a very long time without realizing that it’s a non-renewable resource that’s bound to get exhausted at one point. However, with an increasing awareness of the conservation of natural resources, we now have alternatives we can use. Biogas is an artificial fuel that can be used as an alternative to natural gas. However, a common question is whether biogas is as good a fuel as natural gas.

Biogas is eco-friendly, which is its biggest benefit. It also reduces pollution and is cheaper to refine and use than regular fossil fuels. On the other hand, there isn't much in the way of modern tech to produce it, and the odor it produces makes it difficult to use in a mainstream setting.

People today are more conscious about how their practices affect the environment. People want to minimize their contribution to environmental degradation from actively participating in recycling to looking for greener alternatives in nearly everything. This has led to the production of biogas, a fuel made using organic material.

After doing careful research on the subject of biogas, reading papers on how it's made and its various benefits and drawbacks, we're going to summarize that knowledge for you, so you know what you're getting into if you decide to start using biogas.

Biogas contains other gases in trace amounts. About 50 to 75% of the composition of biogas is methane. The process of biogas production is often referred to as anaerobic digestion - anaerobic because it occurs in the absence of oxygen and digestion because organic matter is being decomposed.

To put it simply, the production of biogas is basically a fermentation process that breaks down organic matter. The organic matter that's otherwise wasted can be used as a source of energy that has various applications. These include cooking, heating, cooling, and even energy production.

How is Biogas Different from Natural Gas?

One of the most common questions people ask is how biogas and natural gas differ. Although they're both gases that are used as fuels, they are two contrastingly different things.

The natural gas we use today is found naturally underground. It takes a lot of equipment and manpower to extract natural gas from the ground. It further requires an extensive pipeline network to transport extracted natural gas to processing plants and from there to residential, commercial, and industrial properties.

On the other hand, biogas is produced by the anaerobic decomposition of organic matter. The process of biogas production is simple. It requires no extensive storage and transport equipment like natural gas; therefore, it's cheaper than natural gas. Biogas majorly contains methane, whereas natural gas is a mixture of methane, ethane, propane, and butane.

Most importantly, natural gas is a non-renewable resource, whereas biogas is not, which means even if we run out of natural gas, we can still produce biogas commercially.

Biogas has been gaining a considerable amount of traction lately. It has found widespread applications in all areas of life, from household chores like cooking, heating, and cooling to industrial processes like steel and cement manufacturing. There is a good reason why this biofuel has gained so much popularity in such a short period.

Let’s have a look at the most prominent advantages of biogas.

Biogas is definitely a greener option than natural gas. The production is process is much cleaner and environment-friendly. Most of the natural gas is extracted through fracking. Fracking is a process where chemicals, water, and sand are forced into the ground to break the rock formations beyond which the natural gas lies.

This process causes massive damage to the landscape and ecosystems. The process produces a lot of air pollution that has detrimental effects on the environment. However, the process through which biogas is produced causes no harm to the environment.

Production of biogas utilizes already available materials. The process requires no energy and produces no exhaust. In short, the process of biogas is as environment-friendly as it can get. It's highly sustainable. It requires no extra raw material or fuel. It simply works with what's available (and what's otherwise of no use for us).

As we mentioned above, biogas production produces no fumes or air contaminants that could harm the environment. However, that's not the only way biogas reduces pollution. There's a whole lot more to it.

The process utilizes organic waste that’s overweighing the landfills and polluting the water. Organic waste like animal manure, food scraps, and field biomass is produced as a byproduct of agriculture, sludge from wastewater treatment plants, and other types of biodegradable waste that various facilities like slaughterhouses produce.

The production of biogas brings all of this waste into excellent use and reduces the amount of waste that ends up in landfills and ocean beds. Not only the soil pollution is reduced, but there’s also a positive impact on water quality.The degradation of food waste and animal manure produces nitrogen that runs off into the water, pollutes it, and poses serious harm to marine life.

Biogas also contributes to the reduction of air pollution. Organic waste in manure lagoons and landfills emits methane gas, one of the major contributors to the greenhouse effect. However, when this methane gas is used as a fuel (as biogas), it's converted into carbon dioxide, which is less harmful to the ozone. Carbon dioxide is known to be 34 times less harmful as a greenhouse gas than methane.

And with the overall reduction in the waste in landfills, the burden on waste management authorities is also greatly reduced in areas where there are biogas plants. All in all, the production of biogas improves overall waste management, hygiene, and sanitation.

Another advantage of biogas generation is the production of organic fertilizer. The process produces a byproduct that is rich in organic digestate. This byproduct can be used as a supplement or even a substitute for chemical fertilizer.

Although chemical fertilizers are widely used worldwide, it doesn't change the fact that these fertilizers are chemical-based, have toxic effects in the long run, and can also cause food poisoning when consumed with fruits and vegetables, among many other harmful consequences.

The byproduct of biogas generation is rich in components that not only enhance the growth of the plants but also make them resilient to diseases.

Although natural gas occurs naturally, the process of extraction, purification, and transportation is quite costly. You can't just start digging into the ground to extract natural gas. It takes a massive amount of equipment to be able to do that.

However, the generation of biogas is quite cheap. The setup itself is extremely low cost. In fact, it’s so simple and cheap that you can set up a small-scale biogas generator (biodigester) right at home and use the biogas you generate for your everyday household chores.

The raw materials will be your day-to-day kitchen and food waste, which means you won't have to spend a penny on sourcing the raw materials. Even farmers can set up small-scale biodigesters at their farms and use animal manure as a raw material.

They can then utilize the biogas to generate electricity to power farm equipment.

Even the capital investment for setting up biogas generation plants on a commercial scale is significantly lower than a natural gas extraction plant. Since the cost of production is relatively low, the cost of biogas that consumers have to pay is pretty reasonable too.

Most people in rural areas use firewood for cooking and heating purposes. Not only is collecting firewood a daunting task, but burning firewood exposes people to harmful dense smoke.

This smoke can cause various respiratory problems. Biogas, being cheaper and more accessible than natural gas in rural areas, can serve as a healthier alternative in these areas.

Biogas generation creates a circular economy. The waste that humans and animals produce, including animal manure, wastewater, food waste, and crop residue, is harmful to the environment if it's not processed properly.

And let's face it; waste disposal is anything but proper in developing areas. However, biogas generation brings all of this organic waste into use to produce biogas that can be used to generate electricity, for heating and cooking purposes, and also to produce organic fertilizer.

Let’s have a quick walkthrough of the disadvantages of biogas that we simply can’t ignore.

There’s very limited technological advancement to facilitate large-scale biogas production. The systems that are used today aren’t the most efficient. There are few possibilities to simplify the process to make it quicker and more efficient to cater to the ever-increasing population.

Although the cost of setting up biogas production plants isn't very high, not many governments are too eager to invest in this sector. As a result, it's still impossible to produce sufficient biogas to replace natural gas – at least for now.

Since biogas is produced from waste matter, you can’t expect it to be clean and pure. It contains impurities even though it has been processed and refined. When you use biogas as a fuel for automobiles, the chances that your engine will corrode sooner than later are quite high.

It can lead to a significant surge in vehicle maintenance costs. The same is the case if you use biogas to run other machinery and equipment. The use of biogas is more suitable for cooking and to light up lamps and power water boilers.

Large-scale production of biogas isn't the most economically viable option. It's quite a challenge to boost the efficiency of biogas plants which makes it difficult to produce this biofuel on a large scale. This is one of the reasons why not many governments are willing to invest in setting up commercial biogas plants.

Just like solar and wind energy is sensitive to temperature, biogas is too. Biogas is produced through fermentation. This means that bacteria are at play here. Bacteria function best at an optimum temperature of 37 degrees Celsius.

This makes the process a hassle and adds to the operational cost as well.

What else do you expect when you process organic waste? Biogas production produces a strong foul odor that's hard to bear, which is why biogas production plants are usually set up farther away from residential and commercial areas. However, the people working at the plant have no way to run from the odor!

The amount of waste produced by all of the metropolitan areas may not be sufficient to produce enough biogas.

Therefore, biogas is suitable for rural areas only where the energy requirements aren't too high. Developed areas have to make it work with natural gas.